What Is VPN in Cloud? 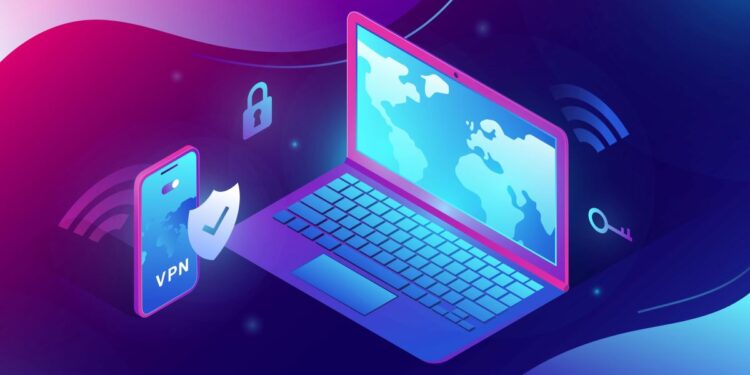 A cloud VPN is a new kind of VPN technology that has been designed for the cloud. Until recently, when the employees from an office worked outside the office, they usually used a remote virtual private network to access data, applications, or files securely from the company servers.

Nevertheless, over the past few years, as new cloud technologies have come up and mobile workforces have taken over the market, several companies have moved-away from in-house data centers for using the cloud. As a matter of fact, there are many companies doing this global market intelligence, IDC has estimated that 67% of the enterprise software and IT infrastructure is going to be cloud-based by the start of 2021.

As a result, most of the time than not, it doesn’t really make sense for an organization to use a conventional VPN for connecting remote workers to the physical office when the data and application of the company reside in the cloud. Also, since conventional VPNs had never been designed to function with the cloud, they do not provide enough security for cloud environments.

The best way to proceed is to use a cloud VPN.

What Is Cloud VPN?

A cloud VPN has different names including hosted VPN or virtual private network as a service.

So, in this case, instead of an organization setting up and maintaining its personal VPN on the company server, the daily operation of the corporate VPN is outsourced to a VPNaaS. Using this is a modern solution. It can streamline operation as it has been designed to be compatible with all cloud applications for maintaining high security level.

Also, VPNaaS has been designed to work via mobile app, as well as browsers. A conventional corporate VPN is quite frustrating to work on a mobile device that is a limitation that you can overcome with VPNaaS.

A conventional corporate VPN can be difficult to set up. It takes considerable time, usually months to be deployed. With VPNaaS, the heavy lifting is done by the providers. Hence, these have faster deployment and can keep up with the pace of the business expansion.

READ:  Development of Solutions for Fintech

It also brings up the fact that a general corporate VPN is fairly static and once you have set it up, expanding or changing it might be a real challenge. With VPNaaS, you can easily overcome these problems. It is a flexible solution that scales easily.

Reasons to Use Cloud VPN

A cloud VPN that you see listed in bestVPNhelp is an incredible asset for a company. It provides security to the corporate environment and protects valuable data. Rather than connecting directly to the public internet resources, the worker will put the traffic through the VPN for encryption and mask their identity.

Here are a few reasons a business should consider using cloud VPN.

One of the primary advantages of using a cloud VPN is that users will be able to access it on a device that has a browser. They don’t have to worry about arbitrary restrictions that are laid down by operating systems or browsers that are required to be accessed. Rather, you will be able to use a device that is convenient enough to maintain your workflow. This flexibility can improve an office’s mobility and will lead to more productive workers.

Data breaches are common when it comes to the internet and unencrypted data is one of them. When a person is connecting using a VPN service, all traffic is going to be encrypted with a strong standard. A hacker will not be able to do anything with the data as they do not have the encryption key. They might try to steal it. So, the effort they put in is futile.

With a Cloud VPN service, you will easily be able to monitor your international ad campaign while giving you a glimpse of the marketing efforts of the competitors. In case you know that one or many of your competitors are performing well in a particular region, find out what they are doing. If you change your geo-location online, it will be easier for you to beat your contemporaries by the tactics that they use.

Nevertheless, this isn’t applicable to ads but to the online activities of your competitors. For instance, with a VPN, recruiters will be able to access different job listings and check relevant international candidates. This implies getting an edge over your competitors and makingseveral placements as possible.

At times, the only internet connection available to you is the public Wi-Fi. It is particularly true for all the business travelers out there who have to spend a great deal of time in hotels. In such a case, the employee will be able to connect through a cloud VPN for getting access to encryption features. So, they will be able to complete their work without having to wait for a secure connection.

A cloud-based system implies that the company is not responsible for installing software and then maintaining it. So, the VPN service is going to take care of everything and the company doesn’t have to worry about its upgrades for improving the service. In case your business has an IT staff that is already strained with the number of responsibilities they are handling every day, it will take the pressure off while providing the configuration the business desires. Hence, the company has a happier IT staff and the required functionality.

With so many advantages, it shouldn’t come as a surprise that cloud VPN is growing by leaps and bounds. As per the Reports and Data, Cloud VPN market is expected to experience $8.78 (£6.99) billion growths by 2026.

With Cloud VPN, you can improve your business’s security and make its cloud architecture much agile, flexible, and scalable. It is an excellent way for an organization to get the protection and privacy that they are looking for.