Why People Love the Jeep Wrangler

by ForTech
in Lifestyle 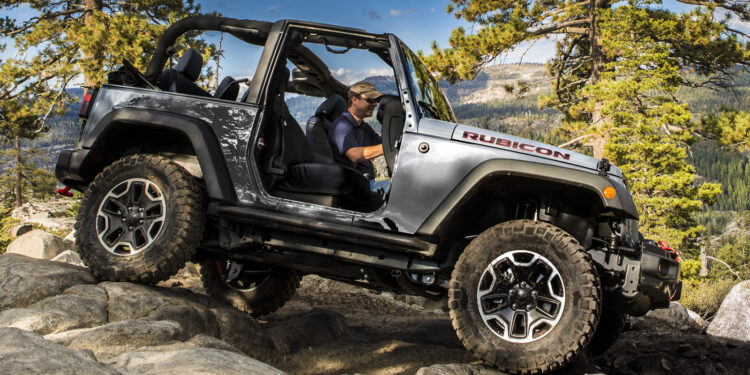 Compared to other sport-Utes, the Jeep Wrangler is and always has been a fundamentally basic vehicle. Despite this, or perhaps because of it, the Wrangler enjoys consistent popularity.

This raises the question; why do people love the Jeep Wrangler?

Well, it’s mostly because of its lineage, capability, and timeless design.

The Wrangler’s bloodlines go all the way back to World War II, when rugged and inexpensive Jeeps were highly successful light military vehicles that could also go off road.
Similar to the Willys and CJ Jeeps before it, the first Wrangler was released in 1987. To this day, all Wranglers still use a separate body and frame, rigid live axles, a tapering nose design with flared fenders, a fold-flat windshield — and can be driven sans doors — just like their military ancestors.

Most also have part-time four-wheel drive system, and removable hard or soft tops. In recent years, the Wrangler line was reworked ta bit to woo more daily drivers — while clinging to its rugged persona. With more safety and comfort in mind, Wranglers got upgraded suspension, drivetrains, and interior. If you’re in the market, check out these Jeep incentives.

It’s All by Design

This is one time when the overused term “iconic” actually applies. Some 80 years after its first design, the Wrangler and its timeless seven-slot grille remain true to its military roots. With that said, over the years, the Wrangler’s interior came to feature an array of creature comforts such as power windows and door locks, air conditioning and carpeting.

READ:  How Do Thermal Cameras Work?

To go with a finished interior, some trim levels these offer heated leather seats, touchscreen infotainment with navigation, a Wi-Fi hot spot, and a power soft top. There are also four-door models. Regardless of its configuration though, the model remains a rolling chunk of high art.

Capable Barely Begins to Describe It

While known for its legendary off-road chops, the Wrangler has been trained to perform increasingly better on road, particularly as its engines have gotten peppier. In fact, many drivers happily use their Wranglers for their daily commutes.

But make no mistake: The Wrangler was born for off roading. That’s where it positively totally shines. The machine gobbles trails and terrain that other rides must avoid. A short wheelbase, nice ground clearance, and short front and rear overhangs facilitate adventurers with relish. A tough tranny, strong front and rear axles, and four-wheel drive play strong supporting roles as well.

Plus, there are some strong Jeep incentives in play now, which makes getting one more affordable than you might think.

Two new powertrains have been introduced or this model year, including a plug-in hybrid and a stout 470-horsepower V8 in the Rubicon 392. There’s also an 80th Anniversary Edition and a fun Islander model with beach-themed cues.

The new Wrangler JL pairs an eight-speed automatic, or a six-speed manual with the standard 285-horsepower 3.6-liter V6. A turbocharged four-cylinder engine is also available.

Part-time four-wheel drive is, of course, standard across the Wrangler line.

The thing with Wranglers is they can be fitted with the basics or crammed to the gills with contemporary infotainment offerings. The vehicle has an intuitive infotainment interface called Uconnect, plus an optional navigation and Alpine audio system.

So, why do people love the Jeep Wrangler?

There’s its heritage, design, and capability, as well as a vibe that melds antiquity with modernity. Great fuel economy and the ability to pop the top and lose the doors figure highly too. Moreover, Wranglers retain their value, are a blast to drive, offer solid safety protection features and continue to evolve. Plus, a Wrangler will tough through sand, mud, snow and pretty much any other inclement condition you might encounter.

And that’s why serious off-roading is called — “a Jeep thing.”

How to Start an Online Business in 6 Steps

Different Occasions you Need to Wear your Jewelry